Great Yarmouth is one of Britain's major seaside resorts. Its sandy beach extends for five miles, and many of its seaside entertainments can be found on Marine Parade, known as ‘the Golden Mile’, which runs beside it. Here you will find the two piers: the Wellington Pier has tenpin bowling; the Britannia Pier has a theatre.

This area is the centre of Yarmouth’s lively nightlife, and contains a huge leisure park, the Pleasure Beach, the Sealife Centre and many amusement arcades, restaurants and bars.

The town of Great Yarmouth grew on the three-mile-long spit of land formed by the River Yare where it flows south out of Breydon Water. The old town faces inwards towards the river which formed a safe natural anchorage and flourished as a port for more than 1000 years. Then, in the 19th century, when the Victorians dis­covered the delights of the seaside, Great Yarmouth extended its boundaries to take in the miles of golden sand on the seaward side of the spit, and began to cater for holidaymakers. 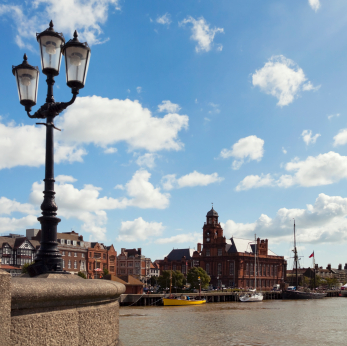 The old part of Great Yarmouth is linked to the mainland by the Haven Bridge. The quay south of the bridge is one of the finest waterfronts in England, with a mixture of build­ings - Tudor, Georgian and Victorian that were once the homes of rich merchants. Close to the bridge is the 19th-century gothic Town Hall. Number 4 South Quay, Elizabethan House, contains a museum of domestic life from Tudor to Victorian times.

Behind South Quay is a network of narrow alleyways called The Rows. Their arrangement has remained unchanged since medieval times, and forms the basis of Great Yarmouth’s grid pattern of streets. There were originally 145 Rows running east to west with three intersecting streets running north to south. The area was badly damaged by air-raids in World War II, but several Rows remain and some of the older buildings have been restored. You can visit the Old Merchant’s House in Row 117, which is a 17th century home presented as it would have looked in 1870. Also open to the public is Row 111, containing 17th century houses furnished to look as they would have done in 1942.

The Tolhouse in Tolhouse Street, dates from the late 13th century and is said to be the oldest civic building in Britain. It contains a museum of local history and its dungeons are open to the public.

The town walls were built in the 13th century and parts are well preserved, including the part starting in Town Wall Road near the North Quay.

Famous People Associated with the Town 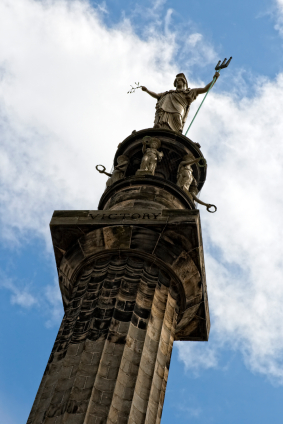 Admiral Lord Horatio Nelson was born in Norfolk in Burnham Thorpe, and only landed in Great Yarmouth on three occasions. However, his life is commemorated in the town both by a monument and a museum. The Nelson Museum is on South Quay, while the Nelson Monument is at the southern end of the town in the Denes area, near the mouth of the River Yare, and was erected in 1819. It is 41 feet shorter than its counterpart in Trafalgar Square and topped by the figure of Britannia rather than the famous Admiral. Originally in a remote spot, where cattle grazed and fishermen hung out their nets to dry, sadly it is now surrounded by factories.

Anna Sewell (1820-78) author of Black Beauty was born in a 17th century house in Church Plain which is now a tea room.

Charles Dickens visited Great Yarmouth in 1849, and used landmarks and characters from the town in his novel David Copperfield. It is likely that an upturned boat on the beach that was used as a house was the inspiration for Peggotty’s house in the story. 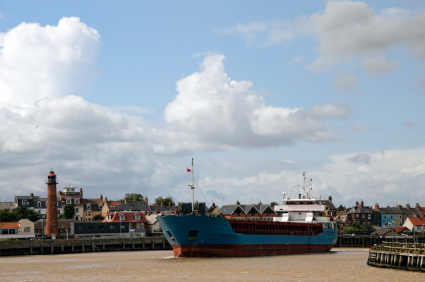 Separated from Great Yarmouth by the River Yare, and part of the same borough, is Gorleston. It is a smaller resort than Yarmouth, and its beach is lined with cliffs.